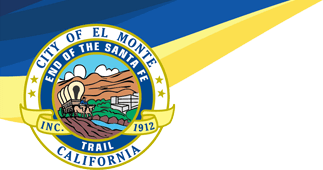 The Planning Division provides zoning and land-use information to the general public via in-person visits at the public counter, over the telephone and online. The Division oversees the following documents that include the vision of the community and the tools available to assist in its implementation:

Adopted in 2011, the award winning "Vision El Monte General Plan" provides a blueprint to create and sustain a community that appreciates its heritage, respects its cultures and is a place of opportunity and achievement. The Plan’s goals and policies serve as the foundation for local decision making and community engagement. The Land Use Map illustrates various land use designations within the City.

To comply with State requirements and provide housing opportunities for residents, the City prepares a Housing Element every eight years. The current element covers the planning period of 2014-2021. The Housing Element contains goals, policies and programs to facilitate the development, improvement and preservation of housing throughout the City.

The El Monte Zoning Code includes all existing zoning regulations and provisions. The Zoning Code designates, regulates and controls the location and use of buildings and land, and establishes development standards for development. The Zoning Map provides a visual illustration of the various Zoning Classifications within the City. The City also has multiple Specific Plans for certain areas of the City.

The following Code Amendments have been approved by the City Council, but are in the process of being added to the online version of the El Monte Municipal Code:

Adopted in 2012, the El Monte Design Guidelines provide guidance on quality design for the community. The guidelines include information on site planning, massing and scale, design and detailing and landscaping for single-family, multi-family, commercial and mixed-use projects. The 2011 General Plan also includes elements related to urban design and cultural resources.